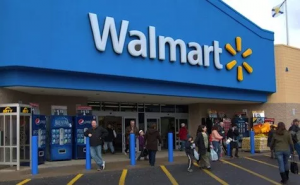 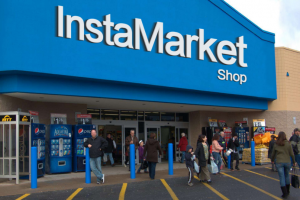 Fakery editing of that photo by a Chinese trademark-registration applicant

Chinese trademark applications are flooding the United States Patent and Trademark Office (“USPTO”). This could hurt your business’s ability to get trademark registrations on its business, product, and service names.

Why is this happening?

Because you can file a U.S. trademark-registration application for as little as $225, there is a potential profit of about $575.

The benign explanation of this incentive program is the Chinese government is pushing to transition from being just the contract manufacturer for foreign brands to becoming the producer and exporter of its own brands.

These incentives are causing unethical Chinese actors to file fake trademark registration-applications – applications for trademarks not in use on goods or services sold in the United States. The fake Chinese applications usually claim trademarks that consist of either arbitrary words and phrases or arbitrary letter and number combinations.

Because the USPTO requires proof you are using your trademark to promote the sale of your goods or services, Chinese fraudsters often use photo-editing software to graft their fake trademarks onto pictures. In one fake, a Chinese applicant used a picture of what obviously is a Walmart storefront and replaced “Walmart” with “Instamarket Shop.” Sometimes, a lazy Chinese applicant will edit various fake trademarks onto the same picture of goods, and file a separate application for each fake trademark.

How does this Chinese fakery impact your business?

The USPTO will not register your trademark if there already is a registration or pending application for a confusingly similar trademark for the same or similar goods or services. Previously filed Chinese fake applications could block your legitimate trademark applications.

There are about 20 advantages to federally registering your trademarks. Those advantages have grown in number and significance because of the dominance of the Internet in commerce.

What is the U.S. government doing to stop this?

It’s trying to distinguish between fake and real applications and has taken action to weed out the fakes. The U.S. government cannot refuse legitimate Chinese trademark-registration applications – applications to register trademarks in use in the United States to promote the sale of goods and services here.

It trained USPTO trademark-examining attorneys to look for hallmarks of fakery, such as photo editing.

It set up a special email address where faked product pictures can be reported.

It is considering requiring all foreign trademark-registration applicants to be represented by a U.S. attorney. The added cost of hiring a U.S. attorney probably would make it no longer profitable for Chinese residents to file applications for fake trademarks.

What should a business do to protect itself?

• Win the race to the federal trademark office. Register your distinctive business, product and service names as trademarks before you get blocked, either by a fake Chinese application or a legitimate applicant.

• Do trademark-infringement watching and policing. Stop any problematic applications before they become registered trademarks.

• If you file a trademark-registration application and it is blocked by a pending application or registration, don’t give up. Your attorney can advise you on possible avenues for overcoming the blockage. If you are blocked by a fake Chinese registration, there are ways to attack the fakery. The earlier you act, the more and better options you will have.