Lebron James and TACO TUESDAY – Trademark Lessons from a Celebrity 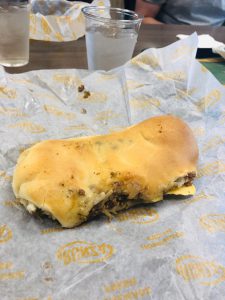 How about a nice cabbage roll instead?

Perhaps you’ve noticed Lebron James has gone viral on Instagram hyping “Taco Tuesday.” He often does it imitating a Spanish or Mexican accent. On some college campuses, doing that would get you in trouble for “cultural appropriation.” But he’s the King, so he can.

Anyway, in mid-August, a holding company owned by James, LBJ Trademarks, LLC, applied to federally register the mark TACO TUESDAY. The company said it intended to use the mark for various advertising and broadcasting purposes, such as podcasts, videos, and social-media posts.

If a phrase is commonly used and, thus, is merely informational, you can’t have trademark rights in it because a trademark identifies a specific business as the source of its goods or services. Accordingly, the Trademark Office denied the application.

The Trademark Office also noted that James’s application must be denied because it conflicts with a previously filed application to register TECHNO TACO TUESDAY as a trademark for services that overlap the ones James claimed in his application.

While James’s application appears to be an epic failure, perhaps he was being crafty.

A spokesman for James recently released a statement inferring that James filed the application, knowing it would be rejected, in order to “ensure Lebron cannot be sued for any use of ‘Taco Tuesday.’”

In other words, perhaps James’s strategy was to goad the Trademark Office into rejecting his application on the very ground on which it was rejected – a finding that the phrase is widely used and, thus, is merely informational, so it can’t be anybody’s trademark. Such a finding would help insulate James from a claim by someone else that his use of the phrase is trademark infringement.

For example, a chain restaurant based in Wyoming called “Taco John’s,” owns a federal trademark registration for TACO TUESDAY that covers its restaurant services. Perhaps James was preemptively sending a message to the restaurant to not hassle him.

If this was James’s intent all along in applying, I tip my cap to him. James is represented by an experienced trademark attorney, which makes me think this outcome was intended.

Regardless, if you take James’s application as a serious attempt, it’s a poster child for mistakes businesses make regarding trademarks. Let’s learn from it:

First, as noted above, you can’t get trademark rights in a commonly used, informational phrase. A trademark signifies the source of certain goods or services. A merely informational phrase doesn’t do that. For that reason, the Trademark Office has denied applications to register sayings such as “drive safely” and “think green.”

Second, it’s foolish to commit to a trademark before you have an attorney perform clearance research to see whether it would conflict with any existing trademarks. A good trademark attorney would have declared the mark TACO TUESDAY to be a no-go after only a few minutes of research. Many businesses make the mistake of falling in love with and committing to trademarks before having them vetted.

Third, James didn’t get this wrong, but the media always does: It was widely reported that James applied to “trademark TACO TUESDAY.” This will sound like semantics, but it’s an important distinction: You don’t “trademark” anything. “Trademark” is not a verb. That’s because trademark rights are created by using a word or phrase in commerce to sell goods or services. Trademark registration just strengthens those rights.

Despite James’s trademark failure, he succeeded in one regard: He gave us trademark attorneys something to taco about.