Can Your Business Safely Parody a Famous Trademark in Its Products or Marketing?

Answer: “Virginia is for Gun Lovers”

Question #2: If you saw “Virginia is for Gun Lovers,” on a T-shirt or baseball cap, would it be obvious to you that it’s a parody and not produced or authorized by the VTC? 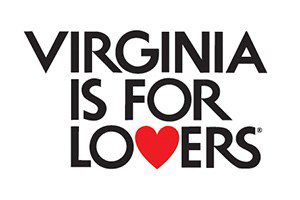 Virginia might be for lovers, but it will sue you for mimicking its famous trademark.

The website and Facebook page of Recovered Gold are off-line, so perhaps the VTC will win by default.

Still, the case raises a question your business’s marketing department might have: Can you safely parody someone else’s famous trademark, such as a famous company name, product name, or slogan, in your marketing or products?

To pull it off, you would have to surmount several hurdles:

Hurdle #1: Owners of famous trademarks are large companies that can grind small opponents to death in litigation. Even if you’re in the right, can you afford to prove it in court? If you can afford the fight, is it worth it?

Hurdle #2: People must get the joke.

For example, a man selling t-shirts emblazoned with “Wal-Qaeda” and “Walocaust” defeated a lawsuit from Walmart. It was obvious Walmart would not sell products bearing such messages.

Hurdle #3. You probably would be committing illegal tarnishment of a famous mark if you use your parody to promote the sale of anything illegal, controversial, or immoral, such as marijuana, other illegal drugs, alcohol, tobacco, “adult” products or services, and firearms.

For example, a hot sauce maker won its lawsuit to stop mimicry of its logo by a marijuana-products company.

For example, a company selling unpopped popcorn called DOM POPINGNON packaged in a bottle reminiscent of a Dom Perignon champagne bottle was successfully sued by the maker of Dom Perignon.

Hurdle #5. If your parody is a product, there’s a good chance you would lose a lawsuit unless you are printing your parody on low-cost items purchased to display the message emblazoned thereon.

For example, a parody slogan printed on a T-shirt or hat will receive more free-speech protection than using that slogan to promote the sale of something people don’t primarily purchase to display a message.

That’s a lot of hurdles. I probably would save my business dollars for a less risky venture. But, to some people, Virginia is for risk lovers.